Centre for Dental Education and Research participated in the event organised by the Department of Paediatrics on 8th February 2017 commemorating the International Childhood Cancer Day on 15th February 2017 at the Jawaharlal Nehru Auditorium, AIIMS New Delhi. An Oral Health Promotion Drive for the Paediatric cancer patients was also done. Oral hygiene methods were demonstrated to the children suffering from cancer using animated video and brushing models. Also a comic story was circulated among the children and their caregivers regarding the oral health. The comic demonstrated various oral conditions that might happen during their Chemotherapy and radiotherapy and ways to combat them. Also 100 badges were distributed to the children carrying various oral health messages emphasising the need of brushing twice daily, healthy eating and avoid snacking.  Posters providing educational information on oral health in children were displayed. The participating team in the event was 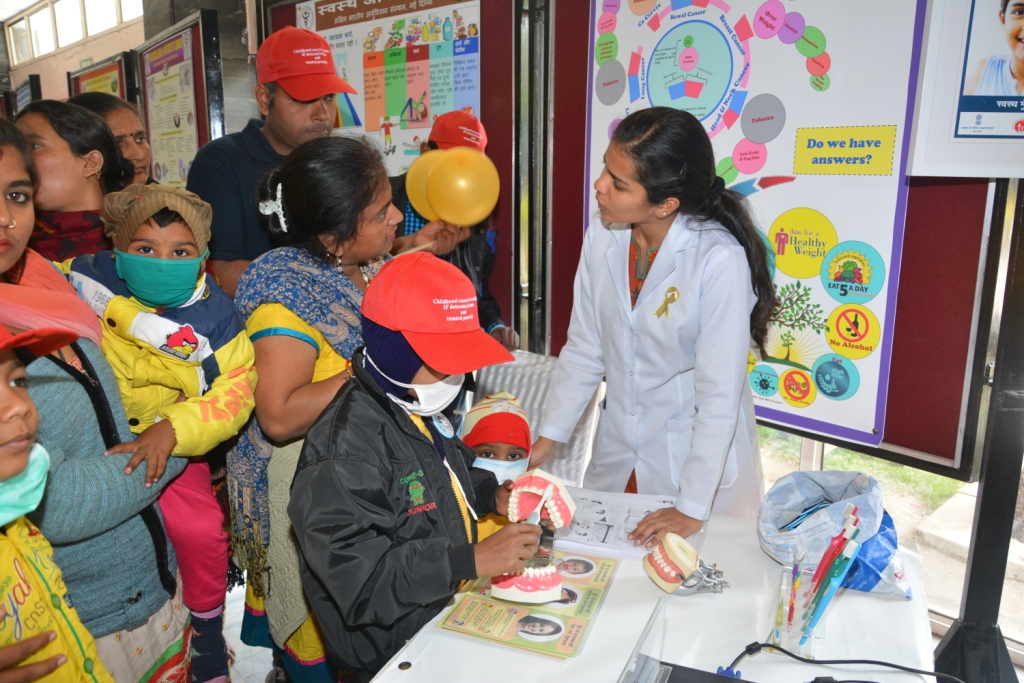 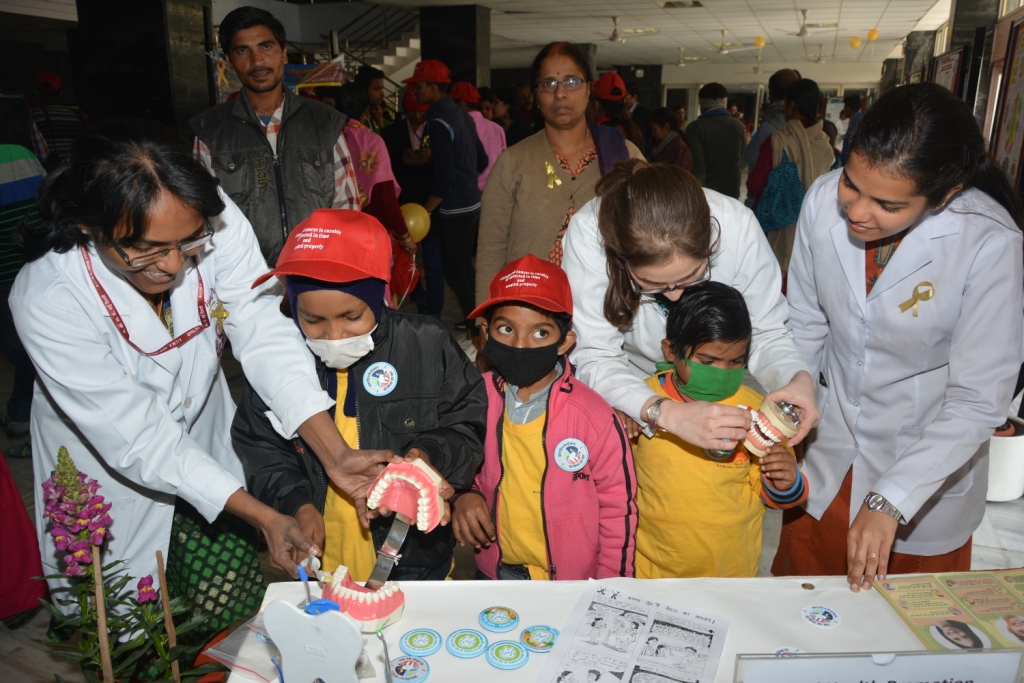